My friend Graham once told me that pasties were the ‘food of the Gods’ and it’s no wonder when they come from God’s country itself (no, not the Shire!).

Of course, one weekend isn’t really going to do a whole county justice, and especially one as beautiful as Cornwall.  I must admit that I had pretty high expectations by now, since whenever I mentioned to anyone that I was heading down to Cornwall for the weekend, they positively swooned and could barely stop the superlatives gushing out.

It was a pretty long 5.5 hour train ride to Redruth, where Graham met me at the station.  I’m sure it was a pity that I missed most of the sights there since I’d built up quite a sleep deficit over the week and I couldn’t resist getting some shuteye.  I do love train journeys though, because they’re so much more relaxing than driving, and you can always sleep or read a book.

Graham gave me a whirlwind 30-second tour of Redruth, which he claimed was sufficient to do it justice.  However, we only sampled the pasties from a mere single bakery, so in my opinion the tour was not very comprehensive at all.

Over the course of the two days, Graham took me to Rolf Harris’s favourite view in the world from Tregenna Castle, the beautiful seaside town of St Ives (where a crafty seagull swooped and stole my ice-cream!), a cliffside walk from Porthtowan, the old mine Wheal Coates near St Agnes, and the rather hip Falmouth (though I am getting old so who knows what is hip these days!) 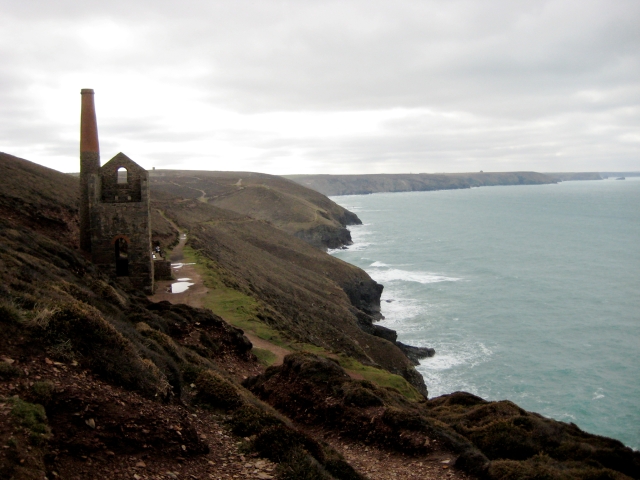 With so many spectacular views, I definitely think that I will come back and do the coastal walk.

One thought on “Pasties by the sea”