I currently have three girlfriends at various stages of pregnancy.  They are the first wave of my friends to be pregnant, and despite holding on the idealised notion that we would forever remain the same fun-loving and free-spirited girls as we were back at uni, I guess there comes a time when one accepts that life moves on, and your friends and their circumstances change.

It’s a difficult thing for women to think about in my opinion.  As with marriage, but more so, females are conditioned to the idea of having kids at a young age.  Stroll down into any toy store and almost all toys aimed at young girls are dolls, with various babysitting accessories such as a milk bottles and baby potties that encourage girls to act like mothers.  Crazy!

Five years ago, there would have been absolutely no question as to whether I ever wanted a family.  It was just a question of eventually finding the man who was going to father my sprogs, but I definitely wanted kids at the age of 28.  I wanted to be a young, trendy mum.

Now that I actually am 28, having a family is probably the last thing on my mind.  Even though most parents would say that they love their children and wouldn’t change their situation for the world, I still can’t help but think that having kids would basically mean that the “fun” part of my life was over.  No more late nights out partying, no more packing up your life and traveling whenever you wanted, no more deciding that you were jack of your career and wanted a complete change, and no more money! 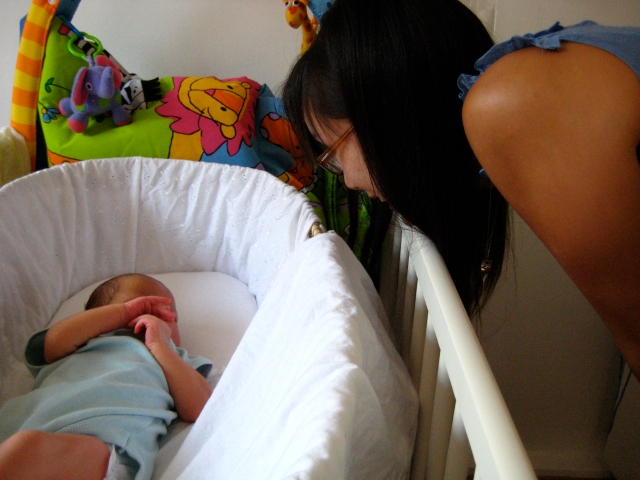 There are still so many things that I want to do and so many adventures that I want to have before I even want to think of settling down.  And even then, I’m not one of those women who get clucky around children.  More often than not, I find babies and children loud and obtrusive, and I have absolutely no patience or desire to hold them or play with them.  Last year when I was instructing at the snow, I had a rather large group of 3-6 year olds that just would not stop crying.  Once one starts, the rest follow like a chain reaction.  I couldn’t believe how much tolerance and self-restraint I had to stop myself from screaming at them.

The thing that worries me is that I could happily continue living my free-spirited and selfish life for the next 10 years, completely oblivious to the ticking of my biological clock, until I find myself at 38 suddenly desperate to start a family.  I can almost imagine it now – I’ll be one of those women who will just shack up with Mr Then-and-There, or if my ovaries are well and truly shriveled by then, I will adopt orphaned children from some remote town in Chad.

Lucky for men, they don’t have a problem with their bits being past their use-by date – just look at Rupert Murdoch.  Women have so many considerations to weigh up that it may just boil down to what we will find more fulfilling in the long-term.  And who knows, judging by my current lack of success in the relationship department, it may be all outside of my control anyway!