We dropped into a big patch of sand when straight away the Frenchman in our group spotted a giant moray eel sticking its head out from under a small bommie. First moray spotted on the trip!

The first part of the dive was a fairly nice drift until we got to some massive boulders. Here we saw the “Green Monster” come in, which is a crap load of green water and the visibility drops significantly, although we still had 10-15 metres visibility in the Green Monster until we swam up a bit shallower. In amongst the big boulders the current swirls a lot so it felt like I was swimming in a bit of a washing machine, with some moments where I get swept around and then the next moment having to fin quite heavily to get around a big rock into more sheltered water. Some nice swimthroughs. Not as enjoyable as the other relaxing dives due to the changes in current – was surprised that I still had a fair bit of air at the end of the day and hadn’t chewed through it as much as I thought I would have.

I saw a giant triggerfish through a crack, a few dogtooth tuna, giant trevally, an octopus hiding in a hole, ring angelfish, humpback unicornfish, a small egg cowrie and then a couple of large cowries, lots of fusiliers, loads of different angelfish and butterflyfish, and moorish idols. 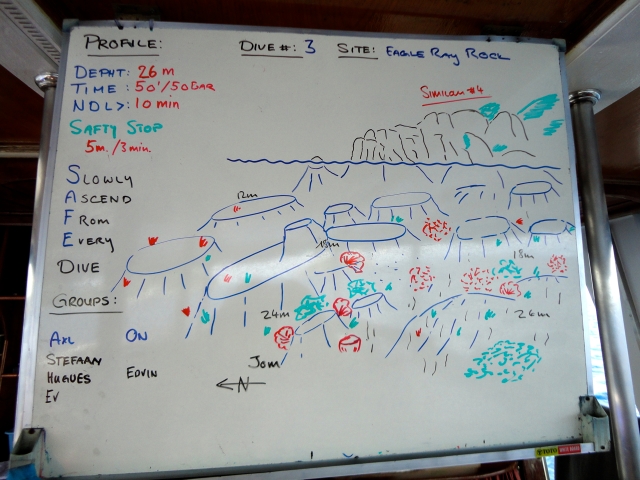 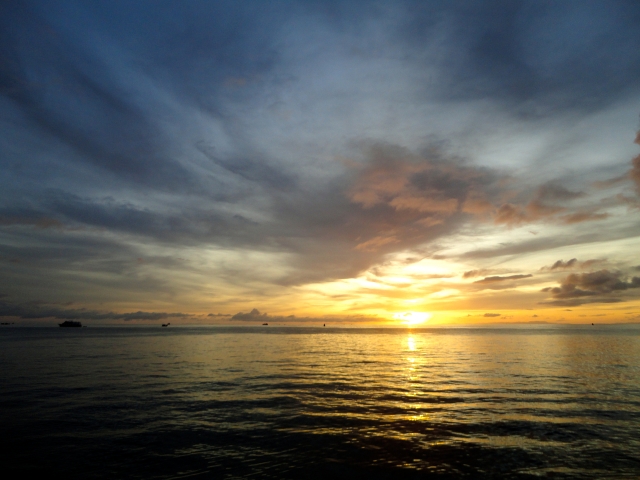