A few weeks ago, we woke up to our motorbikes both laying on their sides on the street outside our flat. They had obviously been victims of bored idiots who, during the night, thought that it would be hilarious to tip them over.

It blows my mind that there are people out there who have no consideration for peoples’ property, and will damage property for the sake of a few laughs. It seemed that they were so intent on having their fun that they had even chosen to do it the hard way when they tipped them over the kickstands rather than the other side. 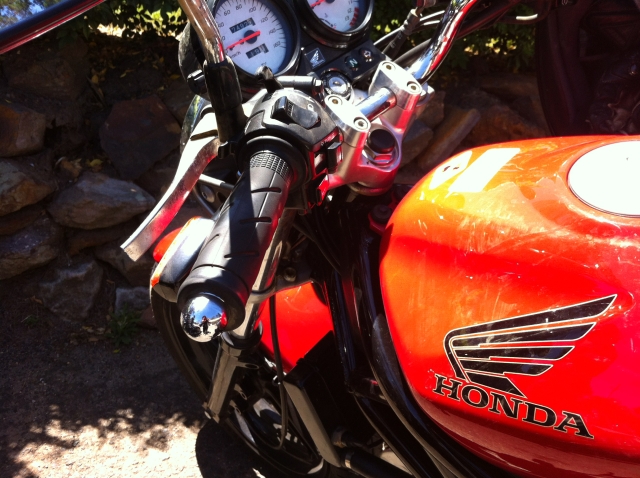 The upside was that his motorbike ended up being written off by the insurance company, so now he has some money to buy a shiny new toy!