Travelling is one of my greatest passions. It may end up costing you a house deposit, or your best childbearing years, but I think it’s a worthwhile investment on so many fronts. However, bad things can happen when you’re away from your usual nine-to-five routine. And when bad things happen and you’re a long way from home, it can be a daunting and helpless experience.

We never plan for bad things to happen, and that’s why travel insurance is a good idea. It’s a major pain in the ass if your luggage is lost, your passport is stolen, or you miss a flight. It means spending hours or days waiting around, wasting precious travel time.

However, those are not the worst things that could happen while travelling. Being hospitalised with an illness or a result of an accident can ruin a trip, as well as a bank balance if you don’t have travel insurance. Especially in developing countries, it’s important to be mindful of the water you’re drinking or the food that you’re eating, lest you end up on the toilet for days at best, or at worst, hooked up on a drip in a hospital where you can’t speak the language.

A run in with the local authorities is also not advised, even if it makes a good yarn many years down the track. Being arrested and thrown in a foreign jail would make for a unique travel experience, however there are countries where you definitely want to walk the straight and narrow, unless being thrown into a violent jail where you will be treated inhumanely is your thing.

Speaking personally, my bad experiences include being pickpocketed in Costa Rica, my hotel room being burgled in Honduras (and losing, amongst other things, 4 months of travel photos on my camera), my luggage not making flights, being dumped by a then-boyfriend, having fellow backpackers shagging all around me whilst I was trying to sleep, and being ripped off by numerous taxi drivers.

However my worst travel experience was while I was travelling alone around Lebanon. I was on a day trip to Baalbek, in the Beqaa Valley, to see the beautiful World Heritage Listed Roman ruins. Public transport in Lebanon is often by minibus, and it was on one of these minibuses, as I was making my way back to Beirut, that trouble struck. 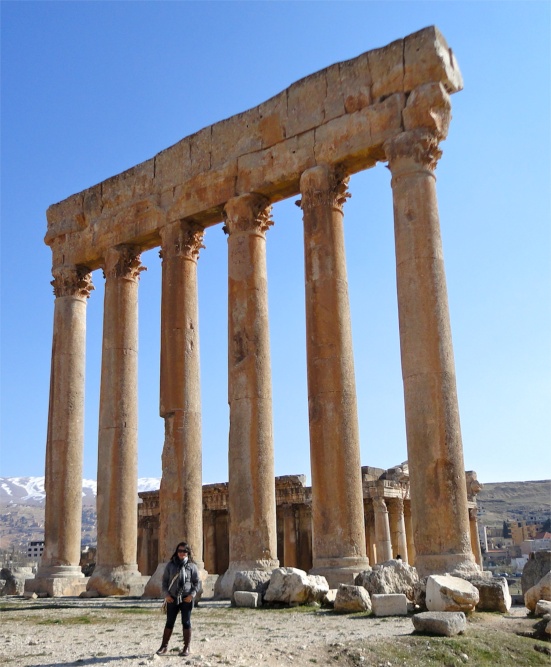 I was the only passenger on the minibus, and the driver, Bilal, a tall man probably in his early 20s, insisted that I sit with him in the front passenger seat. After repeatedly rejecting his offers of a seat for about 5 minutes, I gave in just so that we could get our journey underway and I could make it back to Beirut and then to Jbeil, where I was staying. That was a mistake.

Bilal suddenly turned off the highway and drove off road for a few hundred metres before stopping with my passenger door hard up against a small tree. After turning off the engine, he proceeded to stroke my leg and mutter things in Arabic to me. Needless to say, I was starting to run some defence scenarios very quickly through my head, as my heart was beginning to race away in my chest. The clearest scenario that I could imagine was using my years of martial arts training and attacking him with a punch to the throat. However, the thought of then trying to get out of the car, running to the road, and then trying to flag down a car and communicate with them in English when they could probably only speak Arabic seemed a bit risky.

As Bilal continued to touch my leg, my face, my hair, and then tried to roughly shove his hand into my jacket and down my top, I decided that my best defence was just to laugh the whole thing off, repeatedly brush his hand away, and say yellah over and over again – let’s go, c’mon! Thankfully, after what seemed like an eternity but was maybe only 5 minutes in reality, he was fed up with my refusals, started up the minibus, and got back onto the road. It was only when he picked up the next passenger, an older lady, that I finally exhaled with relief, safe and unharmed.

When I finally made it back to Jbeil, I told my new local friends about the ordeal. They were horrified for me but told me that, despite being dressed modestly, it was likely they thought I was sex worker due to being of Asian descent. Great! And it explained why I was propositioned another three more times during that short 7-day trip.

There are many ways for travel to go wrong. Many things can be covered by travel insurance, but the best thing to do is to be careful, look after yourself and your possessions, and if you come home without being sexually assaulted by a dodgy Lebanese minibus driver, then you’re doing well!

2 thoughts on “When travel goes wrong”