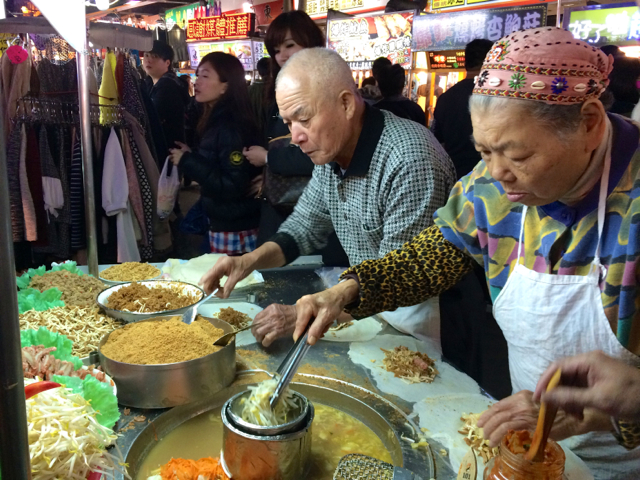 On our recent trip to Japan, we stopped over in Taipei for a night of feasting at the famous Shilin night markets. The markets first opened in 1899 and has a huge variety of delicious Taiwanese street food and snacks. During the day, the streets are empty and quiet, devoid of food carts, but come nighttime, it’s jam-packed with hungry people throughout the night.

Pork buns baked on the wall of a clay oven 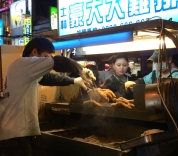 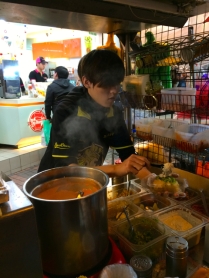 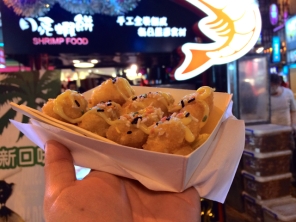 Shrimp balls with pineapple and mayonnaise 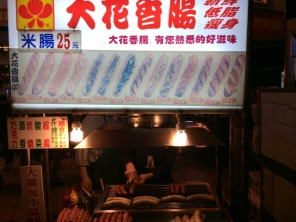 Sausages with your choice of filling!

Sausages with your choice of filling! 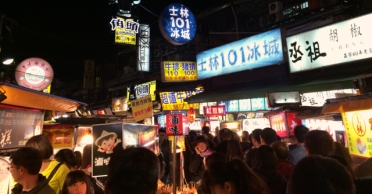 With South Korea and its northern neighbour still technically at war, the Demilitarized Zone (DMZ) on the border of these two countries is a really fascinating visit.

On one of my trips to South Korea a few years back, I joined a tour to check out the DMZ to see the stand off between the two Koreas. We were taken around on a guided tour of the Joint Security Area and the Freedom House, where delegates from the two countries have met for talks. Soldiers from the Republic of Korea (as South Korea is technically known) stand stiffly without cracking any hint of emotion. The border between the North and the South runs straight through the centre of the building.

Outside, ROK soldiers stand on guard, half exposed and half hidden while facing their northern counterparts.

These are some of my favourite photos of my South Korean trips, including the walled city of Suwon, Namsangol traditional houses, and Gyeongbokgung Palace. 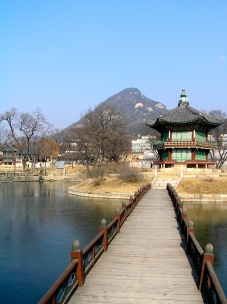 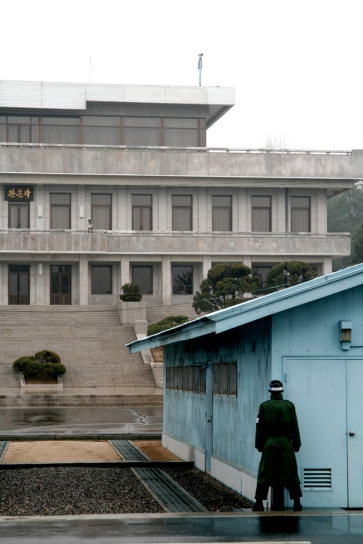 DMZ Bridge of No Return 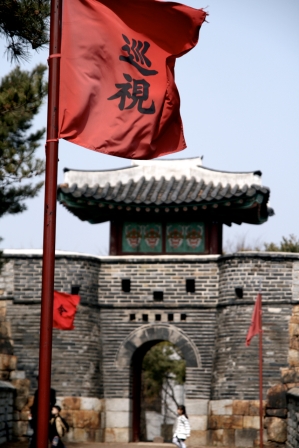 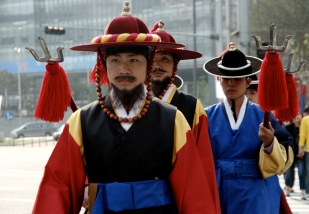 Changing of the guard

Earlier this month, Sydney Harbour hosted naval boats from all around the world as part of the Royal Australian Navy’s International Fleet Review. The event was held to commemorate the centenary of the Navy’s first arrival into Sydney Harbour, and thousands of people flocked to vantage points all around the harbour to see the boats sailing in through the heads.

On one of the final nights, a spectacular fireworks show was staged, with several barges in the harbour setting off simultaneous displays of colourful sparks. I am biased of course, but I truly believe that there is no better backdrop for fireworks than Sydney Harbour. 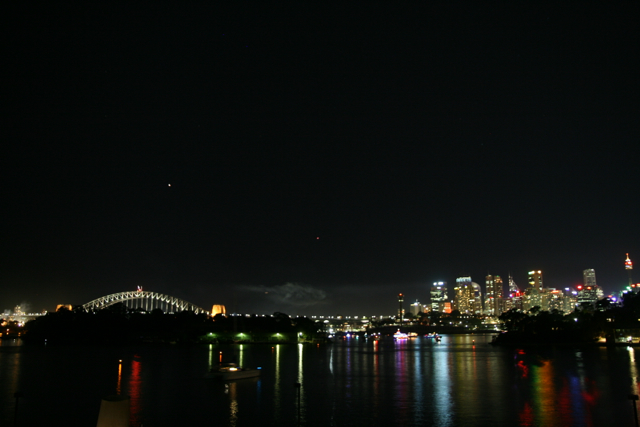 It was my first time trying to photograph fireworks, and after doing a little bit of research, I knew that I needed a sturdy tripod and an exposure of around 1 to 2 seconds. Another article mentioned focusing manually, since the automatic focus would find it very difficult to find a focus point.

The result was a lot of duds, some of which were over-exposed at first before I pulled back the shutter speed. Others were poorly timed with the setting off of the fireworks, so I didn’t capture the full explosions. Many weren’t quite as sharp as I’d like. It’s rather difficult trying to manually focus through a tiny little view finder!

These were some of the better ones.

After around half an hour of fireworks display, the air was thick with smoke, but it beautifully reflected the colours in the air. 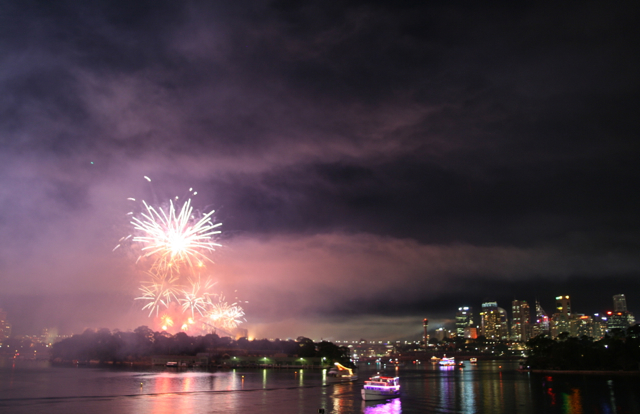 Sydney puts on a good show, doesn’t it?

After a few years regrettably missing Vivid Sydney, this time I made a concerted effort to check out this year’s transformation of Sydney’s iconic buildings into canvases for lights and art.  [Working out in the suburbs, rather than the city, means that this sort of stuff requires a special effort!]

With nice balmy evenings and a festival vibe not far off new years eve, it was good fun wandering around and checking out some of the light/art installations dotted around Circular Quay and the Rocks.  Many of them required audience interaction, and the lights would dance to human movement. 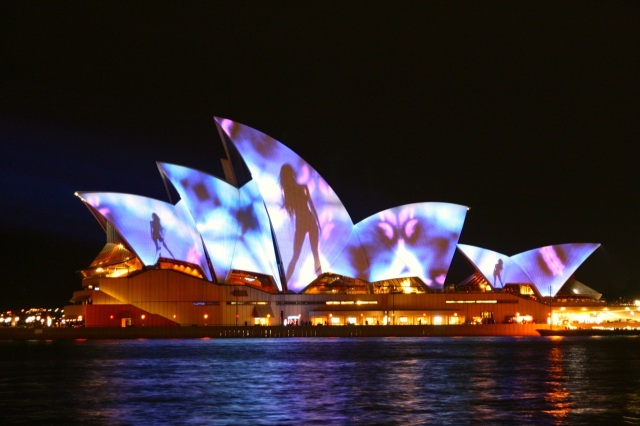 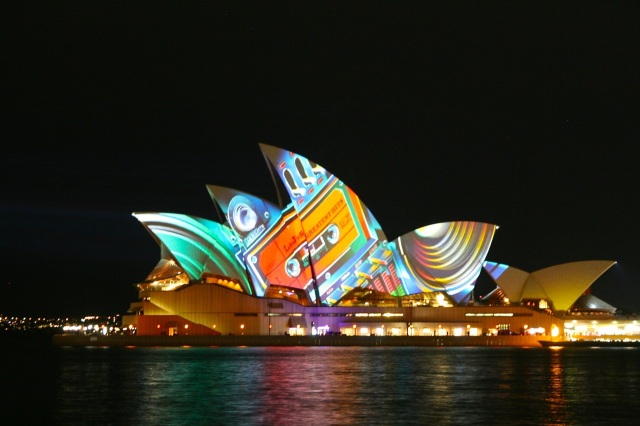 The event was truly a photographer’s paradise, and I joined many others with their big tripods jostling for a good position to capture the spectacular light displays. 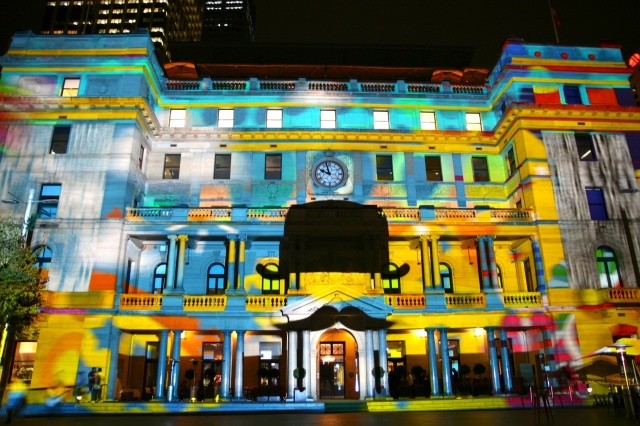 Sometimes I forget how wonderful it is to live in this artistic city.  Sydney knows how to rock a festival!