What an absolutely spectacular dive! We descended onto the pinnacle and it is just covered in beautiful soft corals and an amazing array of fish life. On top of the pinnacle were big schools of little fish and a small school of predatory giant trevally scoping out the little fish and occasionally darting in for a feed. Scary looking things.

We swam down to towards the bottom of the pinnacle to around 35m and there were still loads of colourful corals. We saw a giant moray eel actively swimming about. The fish life on the pinnacle is just amazing. However the top of pinnacle is at around 20m so we were running low on NDL by the time we got to the top although I still had 130bar of air. We swam off into the blue to get to the main reef, which was around 200m of heavy swimming in the blue at around 13m. After feeling like I had sucked my tank dry already, we got to the reef and I still had 80 bar. 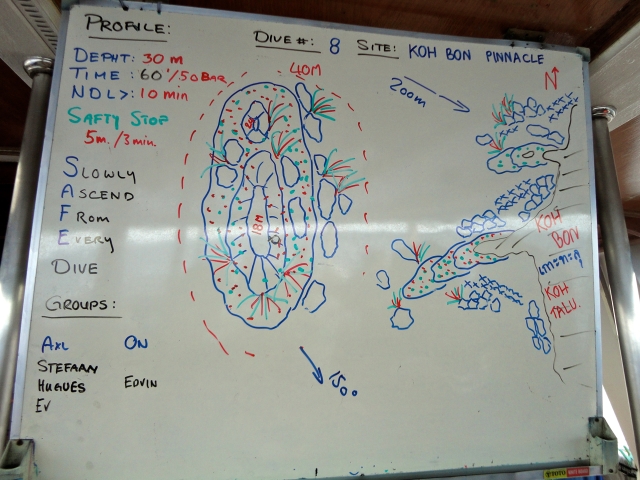